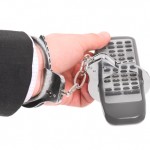 The last thing anyone would suggest to a recent grad or seasoned professional is to spend their free time watching TV when they should be out building a new career, but the truth is most of us are going to watch from time to time.

Reality shows grew to become one of the most popular genres on television, and that’s not necessarily a bad thing. The “reality” within these shows needs to be taken with a bit of skepticism, but there are some lessons to be learned in the world of business if you know where to look.

The new competition show from CBS pits job seekers against each other to compete for spots with companies like the Palm Restaurant Group and Cosmopolitan. One of the twists in the show is that a trio of related businesses can swoop in and hire a candidate out from under each week’s featured company.

The Lesson: Some criticize the show for exploiting the state of our economy and unemployment rates, but what the critics aren’t seeing is that there’s no room for pride when looking for work. “The Job” shows us that we must do what’s necessary to start a career, even if it means going on national television.

“Shark Tank,” which is hosted by entrepreneurs and CEOs like the outspoken owner of the Dallas Mavericks Mark Cuban, gives men and women with startup business ideas the opportunity to pitch and sell to the panel of millionaires in hopes of anything from investment to straight buy outs.

The Lesson: Get used to the word “NO.” And when you hear it, don’t give up. People who are successful don’t owe you anything, and you’ll see by watching just one episode that the people who think they have the world’s brightest idea get a harsh dose of reality from the panel of investors. Rejection can be a tough pill to swallow, but it’s a reality we all face one way or another.

Do you think your boss is tough? You might be a little more thankful for your management situation after watching “Hell’s Kitchen,” hosted by celebrity and foul-mouthed chef Gordon Ramsay. The U.S. version is available on network TV, but the British chef is even more fierce in his home version on BBC. According to directtvdeal.com, you can grab channels like BBC with a $30 package, so they’re not too hard to get.

The Lesson: Almost everyone will have a tough or unfair boss at some point in their career. The point is to thrive under the pressure, not collapse when you’re getting yelled at.

We promise we’re not trying to promote any lessons of business from Donald Trump, but the contestants themselves do have something to offer. “The Apprentice” is one of the first reality business shows that offer competitions for a spot with one of Trump’s many companies. The contestants group together to perform tasks and projects, and someone is fired each episode until a winner is crowned.

The Lesson: teamwork. It didn’t end with group projects in school. You’ll have to work well with others in the workforce, and if you don’t, the consequences can be worse than a poor grade.

Davis is a real estate agent and part-time financial counselor in Oregon.