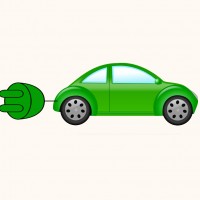 In May of this year, sales of electric vehicles hit a milestone with 100,000 sold in the United States according to Autoweek. The month of June marked a new milestone, with one of the best months of sales hitting nearly 9,000 electric passenger vehicles. Tesla has been one of the best-selling luxury EV cars, and the Nissan Leaf and Chevy Volt have garnered sales and customer loyalty. Hybrids outnumber plug-ins by about 50,000. Prius was the original leader in the hybrid market but Toyota, Camry and Highlander and even Ford are growing in popularity each year.

The growing EV/HV industry is creating more career opportunities for Engineers (Chemical, Materials, Mechanical, Electrical, Industrial) abound, as well as for Software Developers, Mechanical Drafters, and Commercial and Industrial Designers. Sales and marketing as well as assembly and infrastructure roles require skilled and educated work force as well. The Bureau of Labor Statistics offers recommendation on credentials for various occupations in this sector.
The job creation potential is the driving force behind governments promoting the manufacture and sale of electric vehicles. While electric vehicles are thought to decrease air pollution and lower oil consumption, the desire to establish a leading or dominant position in the marketplace for these emerging, innovative new technologies is the real economic development engine. A recent study by the University Bloomington School of Public and Environmental (SPEA) signals that since the U.S. has no carbon price and relatively low fuel prices, so market competitiveness and massive economic-recovery investments have been made across the EV supply chain in an effort to boost the industry. The SPEA notes that environmental progress does not necessarily follow.

Of concern, a new report, Unclean at Any Speed, makes the bold statement that electric cars don’t solve the automobile’s environmental problems. The article is an interesting read, contrasting pro and con studies and findings by various governments and esteemed research institutions. The author poses questions about how to evaluate the greenness of a battery that’s been charged by electricity from a natural-gas-fired power plant versus one that’s been charged using nuclear power or solar cells. He points out that the required burning process of natural gas produces CO2, and often includes environmentally problematic extrication methods, and that nuclear power creates long-term dangerous byproducts. Further, powering the batteries from solar has its own environmental side effects because of the heavy metals contained in the solar cells and the manufacturing process that releases greenhouse gases such as sulfur hexafluoride, which has 23,000 times as much global warming potential as CO2, according to Ozzie Zehner. Perhaps solving these environmental repercussions will create a new wave of job creation and new career opportunities. What do you think?