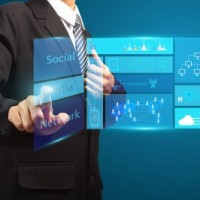 Image courtesy of KROMKRATHOG at FreeDigitalPhotos.net

Year-over-year technology company deal volume has fallen, shrinking to 2009 levels. However M&A activity being pushed by private equity buyers taking a more active role in the second half of the year, according to the second quarter PwC report. IT Jobs have increased across sectors for the 24th month in a row.

PwC is bullish on the last half of 2013 and 2014: “New announcements provide positive momentum, and as the US economy continues to improve, growth in emerging economies stabilizes, and difficulties in Europe and Japan are addressed, the improved clarity will create a fertile environment for technology volume to grow.”

Q2 deal volume was down 22% however value increased by 34% over Q1. The second quarter ended with only 32 deals done but at an average deal size of $433 million as compared to the first quarter’s $253 million average deal size. There were five billion-dollar deals last quarter: ASML Holding’s at $3.7 billion cash and stock; the $2.0 billion Berkshire Partners-led purchase of Lightower Fiber Networks; Priceline.com’s $1.8 billion buy of KAYAK Software Corp; Yahoo!’s acquisition of Tumblr, for $1.1 billion; and Google’s announced plan to buy Waze for an estimated $1.1 billion.

Q2 hardware deals generated one quarter of the deal volume (8 transactions) and over one fifth of the deal value ($2.9 billion). The software sector tied for first place in number of deals but harnessed only 11% of deal value ($1.5 billion). Five semiconductor deals took a whopping $4.5 billion followed by six Internet transactions, and in last place five IT Service deals generated less than half a billion. Software volumes will probably rise again as cloud, social, mobile, data analytics, and enabling tools continue their growth. Initial public offerings in technology was driven by continues positive market performance, Q2 proceeds were over $2.6 billion.

In August IT jobs continued to grow for the 24th consecutive month, but at a slower pace; July’s IT employment hit a new all time high. There were 4,504,000 IT jobs in the U.S. as of August, according to TechServe Alliance. Year over year, IT employment has increased by 5.92% since July the year before, an addition of 251,900 IT jobs. As with most technology fields, the IT sector’s job growth is challenged by lack of sufficient qualified talent.

PwC firms help organizations and individuals create the value they’re looking for. PwC is a network of firms in 158 countries with more than 180,000 people who are committed to delivering quality in assurance, tax and advisory services. PwC deals publications are published annually, with quarterly updates, by PwC’s technology specialists in our Deals practice, PwC’s US technology M&A insights covers deal activity and trends in the US technology industry.
www.pwc.com/us/deals
www.pwc.com/technology