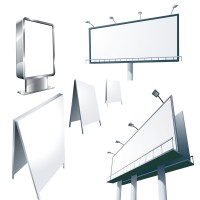 Ad technology companies are hot, with some selling for as much as eight times what they earn before taxes. With the massive migration to mobile, there’s a particular run on mobile adtech firms.

Adtech merger and acquisition activity was furious in 2011 (60 deals valued at a total of $4.5 billion according to investment bank Coady Diemar Partners). 2012 saw reduced activity (41 deals totaling $396 million) but in the first half of 2013 activity was looking on par with 2011 in number of deals (34 adtech deals totaling $1.25 billion). And according to investment bank Luma Partners, 74 new display-ad-technology companies were created in 2011 and 2012.

Global ERP players are acquiring adtech companies. Oracle, SAP, and Microsoft have an ideal vantage point into leveraging adtech within their ERP packages. In fact SAP has invested in adtech companies along the lines of Criteo, Marin Software, and OpenX. Oracle has an agreement to acquire BlueKai, a leading data management platform and data marketplace. Microsoft has spent $6.3 billion on adtech acquisitions over the last decade before shifting focus to search and divesting.

The annual AdMedia Partners survey on mergers and acquisitions indicates that most ad agencies and media owners aren’t looking to buy adtech companies. The recent survey shows that only 27% of agencies and media owners are interested in purchasing an adtech firm. Instead, 61% of those polled were interested in analytics firms, making them the top acquisition target, followed by social marketing shops, digital agencies and mobile marketing firms. Adtech companies are way down on that list (#11) even though they have garnered the same prices as analytics players (8 x earnings).

Here are some exciting companies in the adtech space to keep your eyes on:

DemandBase has a B2B Marketing Automation platform. The power of Demandbase is that with its identification and targeting capability, the company is able to tell companies exactly who is visiting its site and who doesn’t even have a clue the company exists. Being able to tie that information directly into a targeted ad campaign that focuses just on people in the companies you want to market to is a powerful capability. “With the convergence of marketing and ad tech, companies will be able to align marketing and sales initiatives, and I am confident that Demandbase will be the platform that will completely change the way that B2B marketers target, engage and sell to other businesses.”  – Avanish Sahai

Silicon Valley adtech firm Aggregate Knowledge sold for $150 million last fall to Neustar. The company has since been promoting itself aggressively in advertising sectors. The combination of rich, segmented CRM information and telecom services information puts the company in a position to compete with marketing data providers like Oracle and Adobe.

Sharethrough started as a video ad software company before moving into the native ad in-feed sector. Now a native advertising platform leader, the company powers in-feed ads for premium publishers and enables marketers to distribute branded content of all types at scale. The company raised $5 million in 2012 and in January this year, the company announced that it had raised $17 million in its third round of funding.

PubMatic, a programmatic ad selling platform, announced in May this year that it is acquiring mobile ad-server Mocean Mobile (formerly Mojiva) in a bid to strengthen its ability to sell ads on phones. Mocean is a leading enterprise-grade mobile ad server for publishers. The acquisition price was suggested to be $15.5 million dollars by a source familiar with the deal (according to AdAge.com), making this PubMatic’s largest acquisition to date.

Internet Media platform company blinkx connects online video viewers with publishers and distributors, using advertising to monetize those interactions. With an index of over 35 million hours of video and 800 media partnerships and 111 patents related to the site’s search engine technology, the company is building greater scale in mobile by purchasing Rhythm NewMedia. Last year blinkx paid $65 million for the Rhythm, the leader in premium mobile video advertising, who provides a publisher technology platform and network that powers and monetizes top media in the fastest growing market in advertising.

Hiring is hot in the AdTech sectors. From Sales Executives and Product Marketing specialists to Software Engineers and Data Scientists – the sexiest job of the 21st century according to Harvard Business Review 😉 AdTech offers a dynamic and agile landscape and skilled and savvy talent are finding fantastic career opportunities.

Hiring AdTech talent or looking for an AdtTech career?