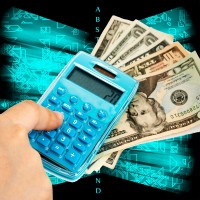 Payscale.com Q2 2104 Payscale Index reports Information Technology has tied with Engineering for jobs with the most pay growth since 2006. IT jobs wages are now 11.2% higher in Q2 2014 than they were in 2006. Compared to 2006, the highest total wage growth happened in the Greater Houston metro area at 13.7%, followed by the Seattle metro area at 11.5%, and the San Francisco-Oakland-Fremont MSA at 10.1%.

The 2104 Compensation Best Practices report by Payscale.com shows that companies expect growth and increased hiring. 72% of survey respondents expect their financial situation to improve. The information, Media & Telecommunications Industry are reporting the highest expectations in 2014 at 84% of companies in this industry anticipating improved financial performance.

The tech talent wars have been on-going even while other sectors were stagnating, but the competition for key talent is now heating up further. More organizations in the Payscale.com survey reported growth in 2013 than in the three previous years, and with this employees are seeing more and more opportunities. Retention in an improving business climate becomes an even greater concern for business of all types, and is reported to be a high or top concern by 66% of Professional/Technical Services companies who participated in the Payscale survey, by 70% of those in Information/Media/Telecommunications, 63% in Healthcare/Social Assistance, and 52% in Finance/Insurance.

Why Do Employees Leave?

Reportedly the top reason people left an organization over the last three years has been for “personal reasons”. The vast majority say that the primary reason they first started looking for a new job is not pay, however when it comes to making the move: The second most reported reason is that employees are looking for higher pay elsewhere (at approximately 20%). The third culprit is cultural fit which comes in at 1/10th of those surveyed this year.

Many companies plan to recruit and retain key employees with merit-based pay plans and learning and development opportunities. For 2014, 88% of responding companies report planning on pay raises, at an average anticipate raise of 4.5 percent. Company compensation goals will focus on retaining top employees, and attracting new talent.

Most companies use salary ranges to structure compensation programs, as opposed to market percentiles. Half of Payscale.com respondents use free salary data to price jobs, 43% use a local or regional salary survey, 32% participate in a nationwide salary survey, and 24% subscribe to an online salary data provider. Surprisingly, consulting with a professional recruiter for up to date salary information was not one of the choices. 75% of survey respondents had at least some dissatisfaction with the compensation data and insights available to them. Again, call your recruiter!

A majority of companies reported giving raises in 2013, generally these raises were performance-based pay increases. Bonuses were also popular, typically these were individual incentives. Bonuses were bestowed upon directors and managers (72 percent) and executives (67 percent) primarily. Payscale reports that “Respondents favored spot bonuses or other discretionary bonus programs more in small and medium-sized companies (37 percent and 41 percent respectively) than in large-sized companies (35 percent).”

Recruiting and the Skills Gap

The skills gap is a primary complaint when companies face recruiting for IT, Management, and Sales positions. The main reason given for unfilled positions is the lack of qualified applicants (60%). Inability to offer a competitive salary is a common reason given as well (23%).

Talent scouts. Executive Recruiters. Headhunters. Staffing Consultants. No matter what you call us, we’re experts at what we do: Recruiting Top Talent for Exciting Companies. We provide guidance on competitive compensation, hiring best practices, employment negotiations, and career building.

PayScale is a growing technology company that is rapidly changing the world of compensation. We hold the largest data source of real-time salary information by crowdsourcing the data from millions of users and applying complex search algorithms to provide detailed statistical analysis of current pay against the market.

The TechAmerica Foundation’s mission is to educate executives, policymakers, the media, opinion leaders, and the public on the size, scope, outlook, and impact of technology and to promoting technology led ideas that advance economic growth and U.S. competitiveness.