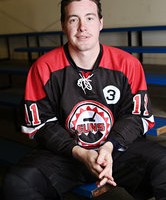 Last Friday Mike had to leave work early, coming into the office and setting up some final interviews before he headed out to the CenturyLink Arena to play for the Idaho Steelheads.

Curry took one shot on goal and lined up some quality shots for the Steelheads in his brief stint on ice Friday night. The 30-year-old Curry played one ECHL season in 2008-09 and had a four-year NCAA career at Minnesota-Duluth. He currently plays for the senior league club the Sun Valley Suns.

Thursday night Curry got a phone call from Steelheads coach Brad Ralph asking him to fill in in the first-place showdown with the Reign. The Steelheads were down a defenseman since Charlie Dodero was on loan to the Syracuse Crunch of the AHL. 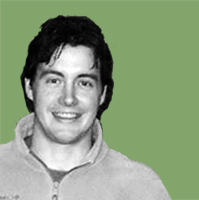 Read more about this playoff and coach Ralph’s rolodex on the Idaho Statesman website.