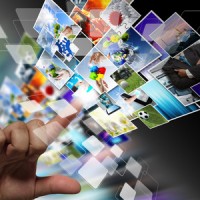 Internet and Mobile Penetration: From Gaming to Computing Everywhere

The 2015 Internet Trends report by KPCB’s Mary Meeker presents a lot of fun facts about internet usage and trends. US internet accessibility has hit 84% of the population already, and approximately 64% of Americans have smartphone subscriptions. Worldwide there are 2.8 billion Internet users (+ 8% over last year), and 2.1 billion mobile Internet users (+23%). Mobile data usage went up 69% last year, and 55% of that mobile data is from video.

The report also tells us that the user-generated live gaming / streaming audience is growing by 122% year over year. Internet offerings are expanding beyond gaming to music and movies, with content like exclusive live concerts and video game documentaries.

Gaming is big and it is becoming more social, interactive and engaging and proliferating across devices. Global Online Gaming Market 2015 predicts that gaming revenues via smartphones will double through 2017, and via tablets will triple. Competition has intensified with many new entrants in the gaming sector, however the market is still dominated by blockbuster games such as the Clash of Clans and Candy Crush. A small publisher, PlayStudios has found a way to attract high engagement in its social casino games by offering free Vegas ‘comp’ rewards.

Engaging in games is crossing over the many devices. According to the Entertainment Software Association, 62% of gamers use a PC, 56% a dedicated game console, 35% a smartphone, 31% a wireless device, and 21% a dedicated handheld system. With the plethora of options, developing multi-platform digital publishing services is paramount. MaxPlay is one company who is partnering with game studios of all sizes to provide the technology, data, and market intelligence to help game developers do just that with Games as a Service.

Virtual and augmented reality are going to become the reality. If you haven’t experiences VR yet, check out Google cardboard which turns your smartphone into a virtual reality experience with some cardboard and many free apps.

With ‘computing everywhere’, virtual and augmented reality aren’t just a game phenomenon. From the health care to retail sectors, military to automotive, tourism to education, this technology is being incorporated to enhance everything from work to play. AR technology will include control and display device software, and position tracking that allows surgeons and doctors to see an image without needing to use invasive procedures. Shoppers can choose their Ikea furniture by experiencing in their own home virtually, and Lowe’s offers a “home improvement simulator” that helps customers visualize what a renovated space might look like. A good read on the history, present and future of AR, try the Little Guide to Augmented Reality series by Paula Newton.

Computing everywhere is the convergence of multiple technologies, devices, sensors and information, changing the way we interact with the world, and fundamentally changing our life experiences through the blurring of the physical and virtual worlds.