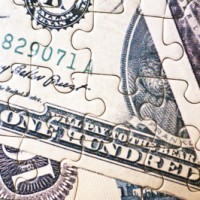 The Computerworld IT Salary Survey 2015 focuses on IT talent, and their report shows that there are noteworthy gains in the sector after several years of slower wage growth.

The report states that 49% of those surveyed report that base pay is among the most important aspects of their current jobs, followed at 44% by job stability. 60% of those looking for a new job are motivated by higher compensation. Companies that require cutting-edge IT skills are offering greater salaries and bonuses to lure talented tech workers. And Security pros are in high demand, with companies apparently paying top dollar for the right candidates.

The Dice Salary Survey: Good Times for Tech Pros update reports a 2% pay rise on average for technology professionals (2014 over 2013). Interestingly technical recruiters reaped a significant salary increase at an average of 19% over last year. Expectations are changing too, as despite the rise in salaries, wage satisfaction declined: Just over half of technology professionals were satisfied with their compensation in 2014. And tech pros have more confidence that they could find a favorable new position in the year ahead.

“As demand for technology professionals rises and highly-skilled talent is harder to find, the pressure is being reflected where it counts: paychecks,” said Shravan Goli, president of Dice.com. “Still, tech pros are less happy with their earnings, signaling to companies that in order to recruit and retain the best candidates, offering more will be necessary.”

Payscale’s Q2 2015 U.S. Update digs into this quarter and last with slightly different trends surfacing. The report predicts an overall wage growth of 0.4% in Q3 but finds that the second quarter saw a slowdown in tech sectors.

Apparently IT wages fell 0.4% for the second quarter in a row; engineering wages fell -0.1% and science & biotech jobs fell -1.1%. That said Payscale affirms that IT and Engineering jobs are a tight second in wage growth since 2006 behind health care jobs, at 10.3 and 10.8%.

A caveat that Payscale highlights is that all developer jobs are not equal. For those with the specific skills in high demand in the marketplace, there’s much more upside.