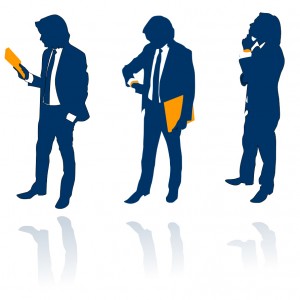 With the hostage crisis created by politicians, the Bureau of Labor Statistics did not issue the Employment Report on Friday as scheduled. The ADP report shows END_OF_DOCUMENT_TOKEN_TO_BE_REPLACED 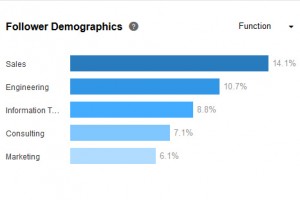 Redfish Technology – Nationwide Tech Recruiters – announces that it has surpassed 1,000 followers on the LinkedIn Company page. The bulk of those engaging with Redfish are sales and engineering senior-level, managers, or directors in IT and software sectors.

As the premiere online community for professionals to network, LinkedIn offers a robust follower community where professionals engage, referrals are made, valuable content is shared, and business leads are generated and relationships strengthened.

“Our LinkedIn Company Page provides weekly updates on our career opportunities and hiring priorities, as well as engaging with hiring managers on best practices in talent acquisition,” affirms Rob Reeves, President and CEO of Redfish Technology. “LinkedIn is the main place online where technology professionals can engage directly with our expert recruiters to get advice and information on trends.” END_OF_DOCUMENT_TOKEN_TO_BE_REPLACED

Job growth was seen in sectors such as retail trade (up 44,000), health care (up 33,000), professional & business services (up 23,000), and food services & drinking places (up 21,000). There was growth in goods-producing jobs like manufacturing (up 14,000), and mining (up 3,000), construction was flat. Government jobs increased by 17,000. Decreases in the unemployment rate are likely the result of a decreased participation in the labor market.

Employment Numbers and Salaries on the Rise

Redfish’s main recruiting in May involved Quality Assurance, Systems and other Software Engineers, as well as Delivery Managers. The main tech sectors where we were busiest include Cloud/Grid Computing, Performance Management Software, Network Intelligence, and 3D Mapping Software.

Tech sectors are steaming along, and the competition to hire talent is on-going. There is also a shortage of qualified talent in sectors like health care, biotech and cleantech.

The wider economy appears to be gathering steam as well. Indications of the recovery include the U.S. economy growth at a 2.4%, brisk vehicle sales, and very important real estate gains. The jobs report Friday showed that payrolls rose 175,000 last month after a revised 149,000 increase in April that was smaller than first estimated (private payrolls rose 178,000 after gaining 157,000 in April); the unemployment rate rose to 7.6 percent from 7.5 percent. END_OF_DOCUMENT_TOKEN_TO_BE_REPLACED

Employment growth was up over last month, the economy grew 2.5%, unemployment numbers are down to 7.5%, so far so good, the big numbers are looking okay.

In tech hot spots, such as Silicon Valley, there’s intense competition for tech talent; at the same time there is reluctance to change jobs by many in the sector. “Staffing firms in the technology space are definitely very active today,” said Scot Melland, chairman, CEO and president of Dice Holdings, “and they’re seeing their businesses do pretty well.”

CareerXroads did a source of hire survey recently that shows that as we pull out of the recession, the largest U.S employers report growing usage of retained and contingent recruiters, especially with the harder to fill roles. In 2005, reportedly 5.2% of jobs were filled by external recruiters, compared to 2.3% in 2009 and now at 3.1% in 2012.

Redfish Technology was awarded first place in ‘Best Places to Work in Idaho’ last night at the awards banquet held by the Idaho Business Review, the state’s preeminent business publication.

“We’re thrilled to be named number one Idaho’s Best Places Work,” says Rob Reeves President and CEO of Redfish Technology. “Cultivating a culture in which we are healthy and thrive personally, as well as contribute to the local community is among our firm’s greatest achievements. We are designed to attract, motivate and retain extraordinary people. This culture is surely one of the main reasons that we, and our clients, are so successful today.”

The recognition was given to the top ten businesses in each of three categories. Redfish Technology, a leading nationwide technology recruiting company, competed in the category of companies with 10-19 employees.

The Idaho’s Best Places to Work is awarded based on employee feedback and achieving excellence in company best practices in employee attraction and retention. Companies competed in three size categories and were measured by the employees in terms of Compensation and Benefits, Employee Growth and Development, Work-Life Balance, Workplace Environment, and Company Management. END_OF_DOCUMENT_TOKEN_TO_BE_REPLACED

Slow Spring It Would Seem

The development side of hiring has been predominantly for product managers, quality assurance and delivery managers, and on the sales and sales support side for managed services, account executives, and client services engineers. END_OF_DOCUMENT_TOKEN_TO_BE_REPLACED

While sequester is dampening employment, the technology sector sizzles on!

It’s not a great moment to be working for the government, but the private technology sector is sizzling. The coals are hot in disruptive software, digital media, mobile content distribution, HD internet and satellite technologies. Product Management, Development Operations, and Quality Assurance were the hottest hires recruited by Redfish Technology last month.

Mirroring Redfish’s pipeline, employers in the Silicon Valley area plan to increase hiring through the second quarter of the year, according to the latest economic survey by the West Valley Staffing Group. The survey includes hiring managers from industries such as tech, manufacturing, electronics, finance, semiconductor, medical, aerospace and alternative energy. END_OF_DOCUMENT_TOKEN_TO_BE_REPLACED