Redfish Taps into the Ancient Traditions & Power of the Gong 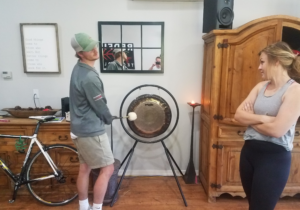 Since the depths of time, the gong has been known as an instrument of transformational power. Redfish taps into the powerful multi-dimensional ripples of sound generated by the gong to send positive energy out to our clients & candidates each time we make a new placement. Here, Walker Cross gongs for a Bay Area based FinTech client who just hired one of our candidates for a Channel Sales role. Good vibes going out to all! #goodvibes, #positivity, #recruiting 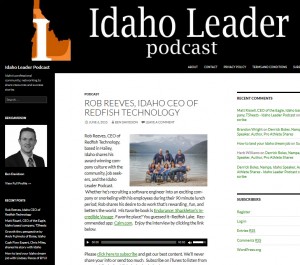 Rob Reeves, CEO of Redfish Technology, based in Hailey, Idaho shares his award winning company culture with the community, job seekers, and the Idaho Leader Podcast.  Whether he’s recruiting a software engineer into an exciting company or snorkeling with his employees during their 90 minute lunch period; Rob shares his desire to do work that’s rewarding, fun, and betters the world.

Give it a listen!

Expanding into the Silicon Valley of Latin America, the new Redfish office is located in Santa Ana, just outside of San José. 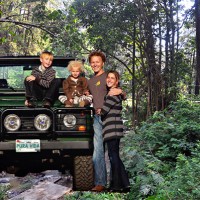 The Reeves on location of original meeting with president-elect Solís.

The Costa Rican tech sector experienced a boom when Intel, Infosys and Hewlett Packard moved in. A lively high-tech cluster has evolved with the influx of smaller firms, and a very talented pool of highly educated talent has grown there. The Costa Rican government maintains a pro-U.S. stance and aims to attract high-tech corporations to take advantage of Central America’s most educated, computer literate and disciplined workforce; many Forbes 500 companies operate out of Costa Rica.

The synergies of Redfish’s tech talent matchmaking and a growing tech sector in Costa Rica were the subject of discussion between Rob Reeves, CEO of Redfish Technology and Luis Guillermo Solís, who will be sworn in as president on May 8th. Mr. Solís has promised an international campaign to promote Costa Rica as an investment destination, highlighting its political stability and flourishing tech sector. END_OF_DOCUMENT_TOKEN_TO_BE_REPLACED

Redfish on the #BPTW List for the Third Year Running

POPULUS has named Redfish Technology among the top ten Best Places to Work in Idaho for the third year in a row. The award is given for the company’s efforts and commitment to creating engaging workplaces.

Redfish Technology is thrilled to announce it has been honored as a ‘Best Places to Work’ in Idaho honoree for the third year running. In 2013 and 2014, Redfish won first place in the micro employer category. On April 16, the rankings for 2015 will be revealed, stay tuned to see if Redfish makes it to #1 for a third year!

Being honored as a BPTW company is important because the recognition attests to a company’s commitment to its staff, customers, and community. “We truly care about our Redfish family and our community,” affirms Heidi Clark END_OF_DOCUMENT_TOKEN_TO_BE_REPLACED

Welcome to 2015 everyone! Also called “rest with a purpose”, the sabbatical is an appropriate discussion after a good long holiday break! We hope that the holidays gave respite and reestablishment, and that you enter the New Year full of new energy and vision! If not, maybe it is time for a sabbatical.

The idea of rest is one we can all relate to, every week we look forward to a day or so of it. Even our language codifies the concept of rest: In Old English sabat means “Saturday as a day of rest”. An in Mosaic law, the seventh year was a sabbatical year, “in which land was to remain untilled and debtors and slaves released”. Universities often grant sabbatical years to their staff, not for rest but in order to focus and engage “in research or other activities that will advance the faculty member’s scholarly achievement or that will enhance the reputation of or otherwise benefit the university”.

What if you took that a step further? What if you took a year purely to advance your own interests with no other end goal than being curious and investigating something of value to you? Well designer Stefan Sagmeister does just that. Every seven years, Sagmeister closes his New York studio for a yearlong sabbatical to rejuvenate and refresh his creative outlook.

END_OF_DOCUMENT_TOKEN_TO_BE_REPLACED

Fear and Learning on the Recruiting Trail

We recently watched and discussed Tim Ferriss’ 10 minute video on TED “Smash Fear, Learn Anything”. Quite an accomplished person, Ferriss started out life with a fear of water, was ‘terrible’ at learning languages, and at one point walked like the close cousin of an orangutan. So how did he become an excellent long-distance swimmer, a world-class language learner, and a tango champion?

As Ferriss puts it, he analyzes the material (or challenge) and deconstructs it. And importantly he asks himself, “What is the worst thing that can happen?”

END_OF_DOCUMENT_TOKEN_TO_BE_REPLACED 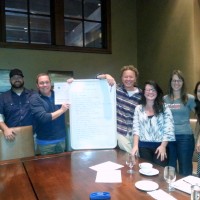 This week we read and discussed Jon Gordon’s “The Energy Bus: 10 Rules to Fuel Your Life, Work, and Team with Positive Energy”. This is a quick read that provides some nice guidelines for directing your intention and energy in positive and productive directions.

I liken it to yoga really, the principle that the universe is made up of END_OF_DOCUMENT_TOKEN_TO_BE_REPLACED

The Key to Success? Grit

This week the team considered success and predictors of success. We listened to Angela Lee Duckworth’s TED Talk: The Key to Success? Grit.

“This definitely pertains to the job of recruiting, and anything in life,” shared Mike Curry, Tech Recruiter at Redfish. “For me growing up with sports, coaches preach you have to work to be great. You hear it in sports all the time, but less in the professional world. You don’t always come out of the gates hot, what it takes to be successful is to identify and concentrate on your goal and put everything you’ve got into working at it. You have to want to succeed more than you hate to fail. And it helps to have a junk yard dog attitude.”

END_OF_DOCUMENT_TOKEN_TO_BE_REPLACED

The Puzzle of Motivation

This week we listened to Dan Pink’s TED Talk: The puzzle of motivation.

“It has inspired us to consider how Redfish might incorporate “FedEx” days to see how we can better help candidates and companies,” reported Leah O’Flynn. “We agree that we are not carrot and stick people, but rather are motivated by working together as team. We would get more gratification in help our team versus a cash incentive.”

Pink’s TED Talk is about 18 minutes long and worth your time if you have any interest in performance motivation issues. Pink presents a case for the mismatch between what science tells us about motivation and how business practices pay for performance programs. END_OF_DOCUMENT_TOKEN_TO_BE_REPLACED