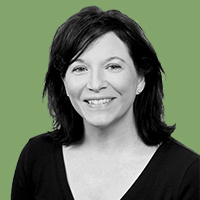 Whether you are a true blue loyalist or an empowered rolling stone, it is not always about your generational or personal disposition. Sometimes the handwriting is on the wall, and sometimes there are no obvious outward indicators. But you know it is time to look for a new job when… END_OF_DOCUMENT_TOKEN_TO_BE_REPLACED

“Battle For the Internet”

I really enjoyed the seven day series of articles that the Guardian put together under the title Battle For the Internet. In a nutshell these are the topics the clusters of articles explore and address under the sequential themes.

– Exploring forces and issues surrounding an open or closed internet.

These articles explore the forces that seek to censure and close the internet. The forces that would control public information and the use of the internet include the usual suspects of the governments in China (controllers of the “Great Firewall”) in some countries in Arabia and Eastern Europe, but interestingly Apple and FaceBook are named as would-be tenders of “Walled Gardens”.

The forces striving to liberate the internet for all include subversive groups like WikiLeaks, and establishment established groups such as US government-funded technology project “Commotion Wireless”. Commotion Wireless enables any smartphone user to connect with other smartphones to form a “mesh network”, or impromptu internet, and hence defy censorship efforts allowing communication in stealth mode. END_OF_DOCUMENT_TOKEN_TO_BE_REPLACED

Where Has All the Talent Gone?

Or is the question, “Where has all of my talent gone?”

END_OF_DOCUMENT_TOKEN_TO_BE_REPLACED

George Colony, Chairman and CEO of Forrester Research, gave a speech on Social Media Trends at the LeWeb 2011 event.  As technology doesn’t evolve in a constant manner, but rather “unexpectedly like a thunderstorm”, here are Mr. Colony’s “Three Social Thunderstorms” predictions: Web R.I.P., POSO, & Enterprise Social.

Get out your umbrella and enjoy! END_OF_DOCUMENT_TOKEN_TO_BE_REPLACED