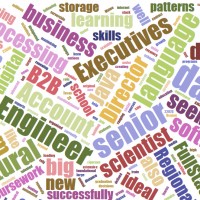 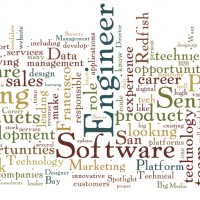 Here are some of the key opportunities that are priority hires for us this week.

You can find details on these jobs and other fabulous tech career opportunities on our website, or check the Redfish Technology career page on LinkedIn.

Follow the Redfish company page for updates on LinkedIn.

This week’s priority recruiting focuses on the dynamic tech spaces of E-Learning, IT Agility Application, and PPM Software Solutions… END_OF_DOCUMENT_TOKEN_TO_BE_REPLACED 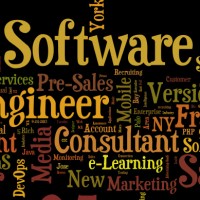 Slow Spring It Would Seem

The development side of hiring has been predominantly for product managers, quality assurance and delivery managers, and on the sales and sales support side for managed services, account executives, and client services engineers. END_OF_DOCUMENT_TOKEN_TO_BE_REPLACED

This leading E-Learning company offers digital curriculum for schools with a range of online learning approaches to differentiate instruction to overcome or accelerate traditional classroom learning. The company’s aggressive growth and leadership position requires candidates of outstanding caliber and deep experience in the sector. When recruiting for key sales superstars, the company calls on END_OF_DOCUMENT_TOKEN_TO_BE_REPLACED

Priority IT Jobs from Redfish Technology

The Effects of E-Learning on the Job Market

The economy is slowly undergoing dramatic change as the evolution of the education industry forces students to make tough decisions about their futures. With the development of e-learning as a viable alternative to traditional education, college graduates will have to deal with a rapidly changing job market that constantly requires them to learn new skills.

Several generations ago, a high school degree was usually sufficient to obtain a lucrative job at a factory or some other business requiring manual labor. However, most of the manufacturing jobs that once supported blue-collar workers have gone overseas to lower-cost labor markets. Over the past 50 years, the percentage of the American workforce employed in the manufacturing sector has fallen from 33 percent to less than 10 percent.

While the value of a college education has never been higher, the cost of such an education has become prohibitive for many people of modest means. Over the past 25 years, college education costs have been increasing at a rate far in excess of inflation; indeed, tuition prices have risen even faster than health care expenditures. In the last year alone, tuition for in-state students attending public universities rose by more than eight percent.

Although college tuition continues to escalate, the same can not be said for wages. In fact, real wages grew by just four percent over the past decade. To put this number in perspective, the decade of the Great Depression saw real wages increase by five percent.

The end result has been an education system that has failed to adequately prepare students for the tough realities of the modern job market. Although total student loan debt is quickly approaching $1 trillion, students continue to get degrees in majors that do not pay well on the job market. These areas of study are of significant intrinsic worth, but they are hard to justify when students are now paying an average of $17,000 a year in tuition and fees to attend college.

With such a tough environment for students, the e-learning industry has stepped into the breach to provide people with a low-cost education in majors that are in high demand by employers. They recognize the stark reality that modern education needs to provide a healthy return on investment in addition to broadening one’s horizons.

The growth of the e-learning industry has relied critically on the development of the Internet, virtualization, and cloud computing, which has drastically lowered the costs of distributing information to a wide audience. Thanks to technological advances and increases in bandwidth capacity, it is now possible to use streaming video to teach classes remotely. In addition, class notes and homework assignments can be stored in online databases, and tests can even be taken on secure sites. In short, a class can be conducted entirely over the Internet, which allows the size of a digital classroom to be as large as needed.

The benefits of e-learning have not been lost on students looking to save money. More than three million students were participating in e-learning classes back in 2006, and growth in the industry, which has been estimated at 13 percent per year, has only increased this number. In fact, some studies have estimated that 25 percent of college students were taking all their courses over the Internet.

This new trend has had considerable effects on the job market since many of these e-learning institutions focus on the practical application of skills that are in high demand. Courses like graphics design, database management, and business administration have been some of the areas of study that have become most popular among e-learning students on account of their high earning potential. By matching the supply and demand for scarce jobs, e-learning has the potential to smooth fluctuations in the unemployment rate and make the job market function better.

Of course, no technology comes without disruption. As more people get college degrees at e-learning institutions, the college degree itself may become less valuable over time. Employers have traditionally used college degrees as a litmus test for intelligence and a strong work ethic. However, in a world where everyone is a college graduate, a degree can no longer be used to distinguish between candidates. As such, job candidates will be forced to distinguish themselves even further by obtaining relevant credentials or attending graduate school, both of which can be very expensive.

It is beyond doubt that e-learning is changing the education industry in the United States and throughout the world. In addition, as e-learning is embraced by more college students, it will have a profound impact on the future of the job market, which has already undergone significant changes over the past generation. In short, the e-learning industry is rapidly changing the way that people educate themselves for the jobs of the future.