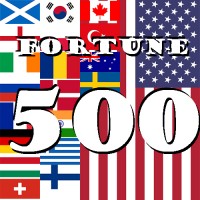 Competing for Talent, Immigrants Have Historically been Innovators, Job Creators.

A recent Wall Street journal article entitled: “A Better Idea for Green Jobs” should serve as a good reminder of our long history of immigrants creating innovation, building new companies, and starting tens of thousands of new jobs in the process.

The article reports that according to a Kauffman Foundation study, 25% of science and technology start-ups founded between 1995 and 2005 had either a foreign-born chief executive or lead technologist. Vivek Wadhwa, a Duke University researcher, reported that in 2005 those firms produced $52 billion in revenue with 450,000 employees. The majority (52%0 of Silicon Valley start-ups were immigrant led. END_OF_DOCUMENT_TOKEN_TO_BE_REPLACED

Green Energy and the Risks and Opportunities of Plenty

Will the demise of Solyndra and pressure on green energy initiatives stall out our domestic investment? Competitors are massively investing in green energy R&D, aiming at growing technological innovation and taking leadership positions in new green industries. Will the newly exploitable domestic energy that fracking has let lose at home be a risk or a boon to green energy investment in the US? END_OF_DOCUMENT_TOKEN_TO_BE_REPLACED

Bernanke Weighs In, CEOs Too

Growing Optimism on the Hiring Front

The Fed chief also gave a somewhat more positive assessment of the employment situation, after last Friday’s report showing the nation’s unemployment rate falling to 9% last month from 9.4% in December and 9.8% in November.

He said: “Notable declines in the unemployment rate in December and January, together with improvement in indicators of job openings and firms’ hiring plans, do provide some grounds for optimism on the employment front [1].

In spite of this week’s conflicting short term data, we should be celebrating that the U.S. unemployment rate dropped unexpectedly to a low unseen since April 2009: 9%. Better yet, numerous surveys and CEO reports are optimistic: the outlook for 2011 is to refocus on innovation, competition, and hiring [2].

Redfish Technology reports surging demand in Software as a Service and Cloud Computing as well as Solar and Clean Tech companies, “From VP of Sales in high tech positions to PV Project Engineers, END_OF_DOCUMENT_TOKEN_TO_BE_REPLACED

Despite uncertainty, companies are refocusing on innovation, and hiring to gain/keep competitive edge. CEOs and search consultants express confidence in 2011. The biggest risks remain the recession, but talent acquisition may also be a challenge.

The latest short term data is in today. Despite a smaller gain than anticipated in payrolls, the U.S. unemployment rate dropped unexpectedly to a low unseen since April 2009: 9%. Short terms data aside, the outlook for 2011 is to refocus on innovation, competition, and hiring.

The 14th Annual Global CEO Survey [1] shows that CEOs are aiming at immediate growth and a big jump in revenue growth prospects over 2011. Confidence levels are rising across the board with more companies anticipating growing their payrolls than they did in 2010. According to the survey, as hiring plans gear up, a shortage in talent is becoming more apparent; two-thirds of CEOs believe they’re facing a limited supply of skilled candidates. END_OF_DOCUMENT_TOKEN_TO_BE_REPLACED

What is the Results-Only Work Environment?

A Results-Only Work Environment is a rapidly growing management strategy that evaluates employees based on their performance, not their physical presence.  In a ROWE, people focus on results and only results – increasing the organization’s performance while creating the right climate for people to manage all the demands in their lives . . . including work. END_OF_DOCUMENT_TOKEN_TO_BE_REPLACED

How America Can Create Jobs

By Andy Grove, of Intel & Lecturer in Management Stanford Graduate School of Business

This is an interesting article discussing the need to recreate the scaling process in the U.S., i.e. nurture the start-up, fund it, but then rather than expatriate the manufacturing abroad, keep the jobs domestic. In this way not only is there more U.S. employment but we can also harness and nurture the scaling and innovation that comes with being an integral part of an effective ecosystem in which technology know-how can accumulate, experience can build on experience, and closer relationships can be forged between suppliers and customers. The author cites examples of the job machine (scaling and innovation process) breaking down in computers, and in alternative energy. Photovoltaics, a U.S. invention, are now primarily manufactured in China. “U.S. employment in the making of photovoltaic films and panels is perhaps 10,000—just a few % of estimated worldwide employment.” Not only have we foregone a large number of jobs, we risk breaking “the chain of experience that is so important in technological evolution. As happened with batteries, abandoning today’s “commodity” manufacturing can lock you out of tomorrow’s emerging industry.” END_OF_DOCUMENT_TOKEN_TO_BE_REPLACED