Meet Will Brewer, the newest addition to the Redfish team! 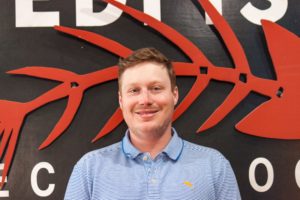 Redfish Technology is excited to introduce Will Brewer as our newest Business Development Manager. Born in Ft Meyers, FL,  raised in Atlanta, and a proud graduate of The University of Georgia (Go Bulldogs!) Will made the move to the Sun Valley, ID area on the advice of his Dad who spent time here as a ski bum in the 80’s. Will has spent the past 4 years working @ the Sun Valley Resort’s Terrain Park and one of the reasons he’s so excited about joining Redfish is our dedication to work/life balance and long lunches that allow enough time to get in some turns on the ski hill.

The Best Cities To Work In 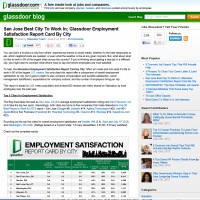 When you are considering relocation, employment satisfaction surveys like this are a great source of information among othes. For other important criteria to consider, read Redfish recruiter Leah O’Flynn’s article “Should You Move for a Job?”

Check out the complete results:

The Dos and Don’ts of Interview Follow-Up

Do call your recruiter.

When working with a recruiter, let that person know how it went. Give them a call shortly after the interview to give your impressions, discuss anything unexpected that came up, affirm your interest, and discuss next steps in the process. END_OF_DOCUMENT_TOKEN_TO_BE_REPLACED

This revolutionary financial products software company has called upon Redfish Technology to fill many software development roles. Aiming to democratize the markets, level playing field, provide loyalty and capital to companies and deliver much needed liquidity to companies. END_OF_DOCUMENT_TOKEN_TO_BE_REPLACED

Last month Solar had exciting fanfare with the USSMI report announcing that the solar industry was the fastest growing industry in America for the second year in a row!

This leading global electronics company reached out to Redfish Technology to find a Solar Project Finance Analyst. The Solar Division is a growth area of the company, and the Director of Strategy relies on this position to provide strategic financial analytical support. The ideal project manager candidate would have experience in utility-scale solar and END_OF_DOCUMENT_TOKEN_TO_BE_REPLACED

“2011 was a pivotal year for the mobile industry, marked by the dra

matic rise of smartphones in the mainstream, the burgeoning of tablets and other web-enabled connected devices, and a cultural shift toward cross-platform digital media consumption. With mobile becoming an increasing part of comprehensive digital marketing strategies, it becomes more important than ever to understand how the current trends are shaping the mobile environment, with an eye to what lies ahead for 2012.”

The key findings of this report go to Smartphone adoption, the platform war, the surge in application usage, and the retail disruption of the technology.

How Jim Got a Job, or The Long and Winding Road to Employment

This is a thought provoking info-graphic on today’s hiring process.

It describes a fictional person’s job search starting online and spending a bunch of time filling out forms, only to get an automated email (Ug, yes another one of those – we use them too!) and a long wait. Success at last, someone from the employer he applied to calls about a different job. Next is a lengthy wait, then interview, then another waiting period, then another interview with an on-the-spot offer, followed by a wait and an official offer with a different title, manager and salary than was verbally offered!

While the road to new or re-employment can be long and twisty, does this process ring true for you? What crazy hiring processes have you been subjected to?

This privately owned global enterprise real estate software company tasked Redfish with finding a Software Engineer to grow their global development team. The company is on the leading edge of advanced Web 2.0 development and has been recognized as the fastest growing Integrated Workplace Management System on the Software Magazine’s Software 500 List END_OF_DOCUMENT_TOKEN_TO_BE_REPLACED

The economy produced more jobs than expected in January, with an overall net increase of 243,000 and a private sector addition of 257,000. The last two months of 2011 had a net upward revision of 60,000. Private-sector gains were led by professional and business services (+70,000), leisure and hospitality (+44,000), and manufacturing.

Unemployment dipped as well, falling to the lowest rate in three years. The household survey indicated a drop to 8.3 percent from 8.5 percent in December.

The U.S. Economy grew by 2.8 percent in Q4 2011 according to the Commerce Department. This was 1% higher than A3. The Federal Reserve’s Business Outlook Survey showed regional manufacturing activity continued to expand moderately in January, and firms continued to report hiring increases. The survey’s broad indicators stayed in positive territory again this month.

Recruiters in specialized sectors are staying busy. Greg Schreiner, Clean Tech Recruitment Manager at Redfish Technology, reports that 2011 finished off with a bang and January 2012 hasn’t showed any signs of slowing. “The hiring managers I work with a expressing continued optimism overall” stated Schreiner, “it is an exciting time in CleanTech recruiting, especially in Solar, ESCO, and renewable technologies.”

A recent survey by Talent Technology reveals that 63.4% of respondents see signs of economic pressure letting up within their organization in 2012, and 51.4% expect to increase in size within the next 12 months (by about 12%).

The Vistage CEO Survey reported the largest quarterly gain in confidence since 2009 as of Q4, and the employment picture in 2012 is looking rosy. Starting off the year with strong signs of improvement in the economy, hiring too is on the rise. The Q4 2011 CEO Confidence Index reported 94 percent of CEOs expecting their firm’s total number of employees to increase or remain the same in the next year.