Saying ‘I Do’ to the Recruiting Process 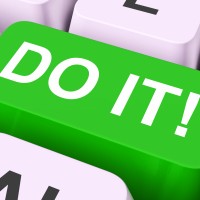 The hardest part of recruiting is not finding the specific purple squirrel. It is not sourcing and screening candidates. It is not communicating the corporate culture or the company mission. It is not coordinating telephone and onsite interviews. It’s not even negotiating the employment package. It’s getting the commitment of the hiring powers.

Funny how this should be the easy part. Once a decision to hire has been made, once the method by which that hiring process will be conducted has been decided, the company should be ready to roll. But it is not always the case.

“Companies and hiring managers need to understand and give themselves to the hiring process knowing it will take time away from everyday operations,” states Mike Curry, Tech Recruiter END_OF_DOCUMENT_TOKEN_TO_BE_REPLACED

Should You Work for a Startup?

Recruiting talent for big companies and startups in various stages of development usually means searching for talent with different profiles. The technical skills needed may be the same for both types of companies, but beyond skill sets, personality makes a crucial difference in terms of the talent sought.

Startups are not for everyone.

Every startup is different but regardless of the stage of the company, by nature these budding companies are typically not going to offer the same employment opportunities as large, established corporations.

Startups tend to be in unique niches in often untested waters, they are creating disruptive exciting technologies and new business models. They attract creative, confident risk-takers and strive to attract agile innovators who thrive on finding new solutions and making things happen. END_OF_DOCUMENT_TOKEN_TO_BE_REPLACED 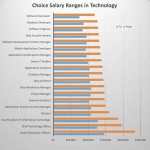 from the Robert Half 2013 Technology Salary Guide

“Money may not be all IT employees consider when choosing to join or stay with your firm, but it’s certainly one of their key benchmarks.”

Attracting and retaining top tech talent requires a concerted plan. To attract the best and brightest, companies must be dynamic and growing, and must provide a work environment and benefits that motivate employees.

A lot of leading edge tech companies offer gyms, free healthy lunches, child care, transportation, flextime, work from home, and professional development opportunities in addition to good health insurance, 401Ks, and options. As the market improves, the competition over top talent only becomes more acute. Whether actively looking for new opportunities or not, top talent is being pitched on a consistent basis. In addition to these perks and benefits, your employees are shopping salaries. END_OF_DOCUMENT_TOKEN_TO_BE_REPLACED

Where Has All the Talent Gone?

Or is the question, “Where has all of my talent gone?”

END_OF_DOCUMENT_TOKEN_TO_BE_REPLACED

Plate spinning is an intense physical and psychological feat; it is both an art form and a methodology. Professionals focus on spinning numerous plates, simultaneously, while performing any number of acrobatic maneuvers, balancing goals, and bringing moving parts to a graceful crescendo. Sounds like recruiting, doesn’t it? END_OF_DOCUMENT_TOKEN_TO_BE_REPLACED

Happy Holidays from our team to yours!

Whether you will get merry at Christmas, illuminated at Hanukkah, or dec’d out for Kwanzaa, we hope you have a great yearend!

Redfish is celebrating a great 2011.

“Amid the Noise and Haste of 2011, we’ve managed to stay the course we set and solidify our partnerships in both the Tech Sector and the Clean Tech Sector. END_OF_DOCUMENT_TOKEN_TO_BE_REPLACED

This is a time to take a break, appreciate that which we have, enjoy our family and friends, and reflect on the possibilities in the universe.

Let us tell you what we are thankful for:

he growth and opportunities that Clean Tech and Information Technology sectors offer.
• According to the monthly index published by TechServe Alliance, the number of IT jobs increased by more than 7,000 month over month, rising to 4,064,500 jobs in October – that’s an increase of 2.2% over October 2010.
• The clean energy sector is growing at 8.3%. Annually from 2003 to 2010 solar thermal energy grew by 18.4%, solar photovoltaic power by 10.7%, biofuels by 8.9%, and over the last five years the wind energy industry saw 35% average annual growth.

END_OF_DOCUMENT_TOKEN_TO_BE_REPLACED

A top SaaS client enlisted Redfish Technology to find and enroll top software sales talent for an important regional market. The company is a dynamic, growing leader in their sector, providing Software as a Service solutions nationally and internationally. Identifying this senior level account executive position as a key hire, the company needed a hungry, seasoned sales executive with END_OF_DOCUMENT_TOKEN_TO_BE_REPLACED

Competing for Talent, Immigrants Have Historically been Innovators, Job Creators.

A recent Wall Street journal article entitled: “A Better Idea for Green Jobs” should serve as a good reminder of our long history of immigrants creating innovation, building new companies, and starting tens of thousands of new jobs in the process.

The article reports that according to a Kauffman Foundation study, 25% of science and technology start-ups founded between 1995 and 2005 had either a foreign-born chief executive or lead technologist. Vivek Wadhwa, a Duke University researcher, reported that in 2005 those firms produced $52 billion in revenue with 450,000 employees. The majority (52%0 of Silicon Valley start-ups were immigrant led. END_OF_DOCUMENT_TOKEN_TO_BE_REPLACED