Jobs report okay, not great, not terrible – You ought to be in tech! 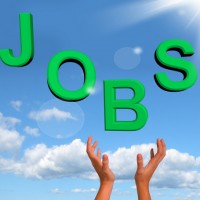 The jobs report showed an increase in payrolls of 223,000 END_OF_DOCUMENT_TOKEN_TO_BE_REPLACED

The Tech Market in a Nut Shell 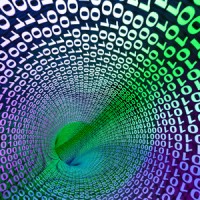 The U.S. tech industry totaled 6.5 million employees at the end of 2014 according to CompTIA’s Cyberstates report. The top five states by tech industry employment are: California, Texas, New York, Florida, and Massachusetts.

The tech industry’s impact on the U.S. GDP is 7.1%. Tech salaries tend to be double END_OF_DOCUMENT_TOKEN_TO_BE_REPLACED

2015 Hiring Strong, But Top Priorities Often the Hardest to Recruit For

Dice’s January hiring report affirms that tech professionals are in high demand and are enjoying a market in which they can be very selective about the opportunities they pursue and they have the power to negotiate. Hardly coincidental, companies are finding it hardest to recruit their top choices to their top hiring priority positions. Dice’s toughest to fill positions are: Software Developer/Engineers, Java professionals, .NET engineers, Security, and Sales roles.

Low unemployment rates and in high demand, tech professionals not only have the power to negotiate END_OF_DOCUMENT_TOKEN_TO_BE_REPLACED

In Redfish tech recruiting news, there is increased hiring in the sectors of: Software, Security Industry, Data As A Service, END_OF_DOCUMENT_TOKEN_TO_BE_REPLACED

Sales hiring was spooky strong in October, we placed a number of positions such as Director of Sales, Sales Executive, and Account Executive this last month. Other hiring included technical professionals including the positions of Senior Embedded Firmware Engineer and Linux Technical Support. The hottest tech sector hiring was in Fitness Diagnostic Technology, Network Security, Web CRM Software, eLearning, and Cloud Hosting.

Dice reported on the big tech layoffs this quarter at Cisco and Microsoft Research Silicon Valley but noted that recruiters are busier than ever. Mergers and acquisitions abound, and companies are growing – Google has grown by 7,000 employees over the last year. The unemployment rate for all categories last month came in at 5.8 percent, but tech professionals are nearly half that at 3% in October.

The BLS jobs report showed an additional 214,000 in October, which continues an upward trend with an average monthly gain of 222,000 over the last 12 months. The sectors with the most growth include: food services and drinking places, retail trade, and health care. Professional and business services added 37,000 jobs, computer systems design and related services increased by 7,000. August and September job numbers were revised upward by 31,000 more than previously reported.

The ADP National Employment Report counted 230,000 new jobs last month. Carlos Rodriguez, president and chief executive officer of ADP stated that “Employment continues to trend upward as we begin the last quarter of 2014, driven mostly by small to mid-sized companies. October’s job growth is the highest since June and the second highest gain of 2014.”

Reuters reported that U.S. consumer sentiment rose in October to its highest level in over seven years; the rise is attributed to growing optimism about the economy and more favorable personal financial expectations. According to a recent survey “Overall, five years after the start of the recovery, consumers have finally begun to adopt the expectations and behaviors that have driven past expansions,” reported survey director Richard Curtin.

The Conference Board Consumer Confidence Index Rebounds. Says Lynn Franco, Director of Economic Indicators at The Conference Board: “Consumer confidence, which had declined in September, rebounded in October. A more favorable assessment of the current job market and business conditions contributed to the improvement in consumers’ view of the present situation. Looking ahead, consumers have regained confidence in the short-term outlook for the economy and labor market, and are more optimistic about their future earnings potential.”

The DICE midyear hiring survey highlights the low unemployment rate for tech professionals, it is about half that of the overall job market. And the unemployment rate for some tech positions are especially low, for example 1.1% for network architects and 1.2% for database administrators. “These meager numbers will fan recruiting battles END_OF_DOCUMENT_TOKEN_TO_BE_REPLACED

Tech hiring was hot in December despite the holidays shortening the time available for hiring managers. According to the year-end Dice survey, technology employment is strong and will be off to a great start in 2014. The Dice survey includes nearly 900 tech-focused hiring managers and recruiters. END_OF_DOCUMENT_TOKEN_TO_BE_REPLACED